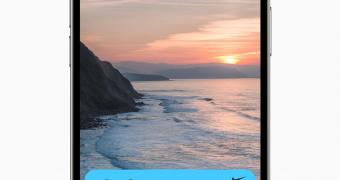 Apple has officially announced iOS 16, with a preview build for developers to go live later today, while a beta build should be launched at some point next month.

The final version, however, is projected to see the daylight in September, as per Apple’s typical release calendar.

The Cupertino-based tech giant has also confirmed on its website that iOS 16 will leave behind quite a lot of iPhone models, including the first-generation iPhone SE, the iPhone 6s, iPhone 6s Plus, iPhone 7, and iPhone 7 Plus.

iOS 16 to launch in September for all supported iPhones

In other words, users will need an iPhone 8 or a newer model to receive iOS 16.

The following iPhone models will get the new operating system update: