Home » iOS News » iPhone 7 Will Be Mostly Made by Robots

iPhone 7 Will Be Mostly Made by Robots 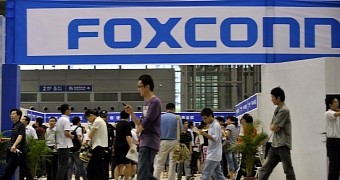 The upcoming iPhone 7 will be partially manufactured by robots, as one of Apple’s suppliers has replaced nearly half of its workforce with machines and AI technologies that can perform a wide variety of tasks.

According to local reports, Foxconn has invested millions of dollars since the launch of the iPhone 6 to make its production lines more effective and to streamline all processes, and it appears that the best way to do this was to replace nearly 60,000 of its workers with robots.

Previously, Foxconn employed a total of 110,000 workers, but the company has cut the figure down to 50,000 following the implementation of robots into its production facilities. Foxconn will remain the biggest manufacturer for the iPhone 7 due in September.