iPhone Apparently Saved the Life of a Ukrainian Soldier 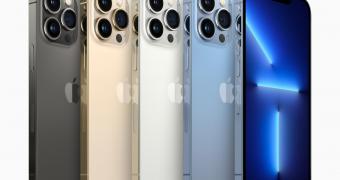 Apple devices, be they iPhones or Apple Watches, make the headlines every once in a while as heroes that save lives, most often thanks to the features they come with.

For example, the Apple Watch sports fall detection, a feature that detects when the wearer has fallen, with the device then capable of alerting the emergency services and providing the location of the incident.

But in the case of a Ukrainian soldier, it looks like the iPhone 11 Pro saved the life in a completely different way.

Everybody knows already what’s happening in Ukraine, so we won’t insist too much on this, but according to videos that made their way to Twitter, one of the Ukrainian soldiers involved in the military conflict ended up being hit by a bullet precisely where he was storing his iPhone.

iPhone stopping a bullet? Doubt it

The smartphone was placed in the outside pocket of the vest, and the video seems to suggest that the iPhone acted as body armor and stopped a bu… (read more)