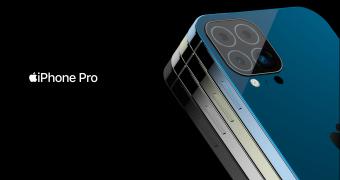 We’re getting more and more signals that Apple could kill off the Lightning port on the iPhone with the release of the iPhone 13 in the fall, and while the Cupertino-based tech giant has so far remained tight-lipped on everything in this regard, concepts that keep making the headlines lately provide us with an early glimpse into how such a model could end up looking.

And this concept created by Antonio De Rosa envisions an iPhone Pro concept that proposes several changes, some of which actually make perfect sense.

First of all, it’s the name of the iPhone. Instead of calling this device iPhone 13, De Rosa says it would be much simpler for Apple to just call it iPhone Pro, thus giving up on the numbers and avoiding the awkward moment when the company would have to launch an iPhone 32.

Then, the concept also envisions what an iPhone without a Lightning port would be l… (read more)