iPhone SE 3 Likely to Launch in April or May 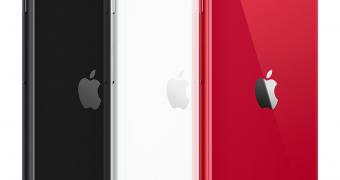 The first iPhone that Apple plans to launch this year is the new-generation iPhone SE. Supposed to remain the smallest iPhone on the market, the new iPhone SE is expected to see the daylight in the spring, just its direct predecessors.

And according to display analyst Ross Young, the unveiling is very likely to happen in April or May, as the production of the screens to be used on this iPhone SE has already started.

If everything goes according to the plan, Apple is projected to start the iPhone SE 3 mass production in March, whereas the first units should start shipping in the second half of April or in early May.

An announcement from Apple is also expected during one of these months.

While the upcoming iPhone SE is supposed to be an all-new model, people familiar with the matter said Apple is mostly focusing on under-the-hood upgrades rather than on a … (read more)