New Data Shows Apple Is the King of Smartphones in China 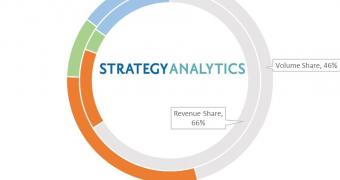 We’ve known for a while that Apple’s iPhone is a money-making machine, but new numbers provided by Strategy Analytics reveal the device dominates online shopping festivals as well.

More specifically, out of the 14 million smartphones that were sold during the 6.18 online shopping festival in China, no less than 7 million were iPhones.

In other words, Apple accounted for half of the smartphones sold during this shopping festival, all in a market where companies like Xiaomi, Honor, Vivo, and others are typically very appealing brands.