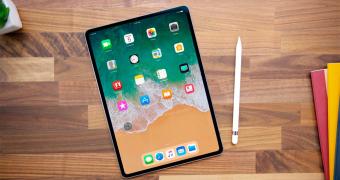 Apple is getting ready to bring the iPad in line with the latest iPhone refinements, so the next-generation tablet developed by the company could feature an edge-to-edge display with Face ID and other new features.

Code found in the latest beta version of iOS 12 discovered by developer Steve Troughton-Smith indicates that Apple is planning major upgrades on the upcoming iPad.

Updates to AvatarKit, the SDK powering Animoji and Memoji, indicates that in addition to the iPhone X, larger screens would be supported as well in iOS 12. In other words, Apple will enable this feature not only on the next iPad but also on the iPhone X Plus expected to land in September.

The bigger iPhone X will come with a 6.5-inch OLED screen but have nearly the same dimensions as the iPhone 8 Plus, mostly thanks to the use of an edge-to-edge display.

If Animoji is indee… (read more)