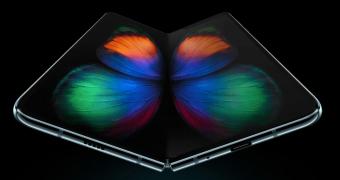 Both Samsung and Huawei took the wraps off foldable smartphones last month, and now everyone expects the rest of the industry to follow in their footsteps and release similar devices rather sooner than later.

Apple and Google are two of the companies that are very likely to embrace this idea sometime in the next couple of years, and Samsung itself wants to be one of the suppliers making their devices happen.

Samsung Display, which already ships smartphone screens to several manufacturers, including to Apple, hopes that both tech giants would choose its panels when deciding to build foldable phones.

As a result, the company has recently sent out foldable display samples to both Apple and Google in an attempt to highlight their capabilities and secure a potential partnership should they begin the production of foldable phones.

Samsung and Apple, sitting in a tree

By the looks of things, the foldable panels measure 7.2 inches, which means they are … (read more)