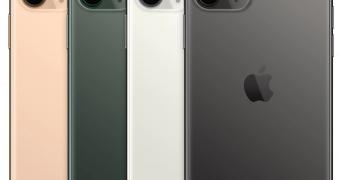 Apple is getting ready to announce its new iPhone generation, but according to people close to the matter, the company has a hard time choosing a date when the new lineup should go on sale.

And it’s all because the company has struggled with all kinds of production challenges, some of them caused by the global health crisis that obviously pushed back the important stages in the planning phase of the new iPhones.

And now it’s becoming clearer that Apple’s new iPhones won’t go on sale in September, as per the company’s typical schedule, with the devices more likely to become available for customers in select markets in October or even in November.

But according to a report from Digitimes, some models will go on sale earlier than others, and the first 2020 iPhones that you will be able to buy are the ones equipped with 6.1-inch displays.