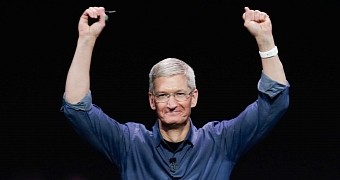 Apple has announced that FY17 Q3 generated revenue of $45.4 billion and $8.72 billion profit, with the company revealing that it sold a total of 41 million iPhones, 11.4 million iPads, and 4.29 million Macs.

This means that from the previous quarter Apple’s financial results actually declined, though they increased year-over-year by 7 percent. Furthermore, services revenue experienced a growth of 17 percent, which marks an all-time quarterly record from the company.

But on the other hand, Apple says it’s very pleased with how its units performed, especially because sales increased year-over-year from $42.4 billion revenue and $7.8 billion profit. In the same quarter the year before, Apple sold 40.4 million iPhones, 9.9 million iPads, and 4.2 million Macs… (read more)