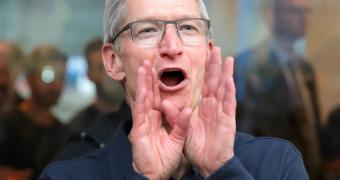 Apple’s CEO Tim Cook teased a few of the company’s new products at the annual investor meeting at the Apple Park campus, explaining that what the Cupertino-based tech giant plans to do is build products that will “blow you away.”

While Cook has obviously tried to avoid providing specifics as much as possible, he did drop a few hints regarding the upgrades coming to Apple devices.

One of them is apparently a cheaper MacBook. Cook says Apple is now trying to reduce the price of the MacBook Air, which currently starts at $1,200. How much the price tag would be lowered is something that remains to be seen, but Cook hinted that Apple doesn’t want to give up on key features, like the high-resolution display.

No word on a cheaper iPhone

Furthermore, the Apple CEO suggests that the company currently has a “long, great roadmap of fantastic” products, hinting at bigger upgrades coming to the Apple Watch and AirPods. A new Apple Watch could be unveiled in S… (read more)