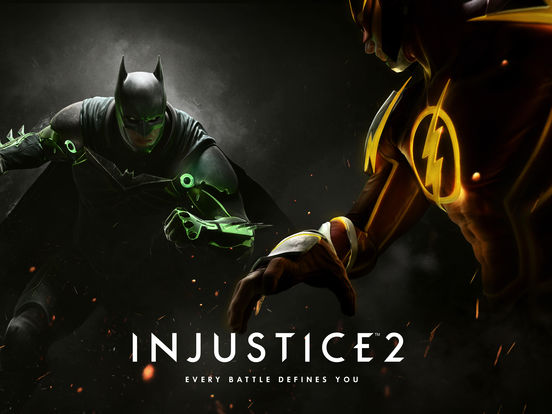 Hello everyone, you can download Injustice 2 for iPhone and iPad, before you do that, I hope you are all having a great week so far, my week has been pretty good so far, nothing to complain about this time around lol. I took a 3 day vacation to relax and destress myself, it seems like it worked just fine. On another note, we have an awesome game that I want to share with you today, please read on…

Today we will highlight one of the most hyped up and anticipated game on all major platforms. I introduce to you Injustice 2. It just came out to the public on the 16th of May 2017 and it is already one of the most reviewed and downloaded games for iOS. I have been playing it for the past few hours and it is absolutely great. The graphics and movements are realistic and crisp on top of that, the storyline and game options make this game simply too fun to pass. Let’s find out what makes this game a must download especially if you enjoy fighting games based on comics.

What Is Injustice 2 Game About?

Injustice 2 and unleash the powerful fighting style of your favorite DC Super Heroes and Villains. Expanding on the hit game Injustice: Gods Among Us, Injustice 2 delivers brand new characters, tons of exciting new modes, and the look and fighting style that NetherRealm Studios is known for. Leverage the all-new Gear System to build and progress your roster like never before – then enter the arena and become the ultimate DC fighter in blockbuster 3-on-3 action.

Injustice 2 is a massive leap forward in every way possible. Master new, dynamic fighting controls that allow you to jump, duck, shoot projectiles, and execute epic Super Moves that has defined Injustice combat.

EVERY BATTLE DEFINES YOU

Injustice 2 offers you more ways to build, level up, and progress your roster of iconic DC characters. Upgrade with a Combination Level and Star Rating system by collecting characters and unique gear. The Gear System provides new looks for your character, as well as bonuses to your health, abilities and strength.

Injustice 2 continues the story set in motion in Injustice: Gods Among Us. Set in the future, Batman and his allies work towards putting the pieces of society back together but struggle against those who would restore Superman’s Regime. In the midst of this chaos, a new threat appears that will put Earth’s very existence at risk. 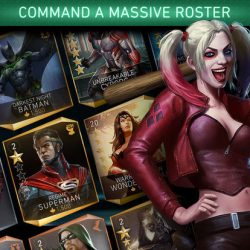 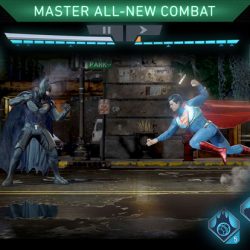 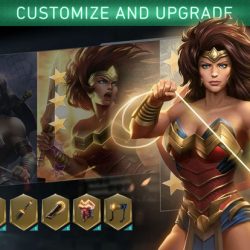 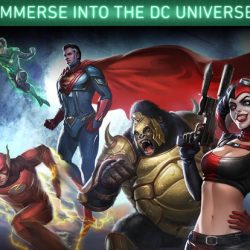