Home » iOS News » Apple Could Launch Yet Another Product Next Week

Apple Could Launch Yet Another Product Next Week 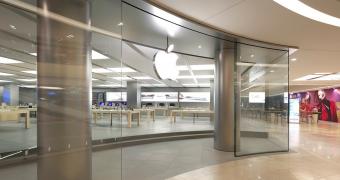 Apple announced the all-new Apple Watch Series 6 in September, while in October the company returned with the launch of the iPhone 12 generation, which this time included a staggered release, with the iPhone 12 mini and iPhone 12 Pro max going live in November.

In addition, November was also the month when Apple officially announced Apple Silicon and the first devices running on the in-house built M1 chip, so it’s safe to say the last few months have kept us busy in terms of hardware announcements from the Redmond-based tech giant.

And yet, it looks like Apple isn’t done for 2020, with the company actually planning yet another product launch on December 8.

An international memo sent by Apple to service providers and obtained by MacRumors seems to indicate a device benefitting from Apple Care would go live next week, though, for the time being, very little is known ab… (read more)