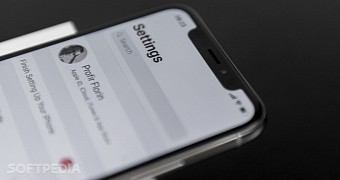 The iPhone X notch is without a doubt one of the most controversial features introduced by Apple lately, with people across the world mixed on whether Cupertino made the right call to embrace such a design for its anniversary iPhone.

The purpose of the notch, however, makes it a key part of the iPhone X, and this is exactly why Apple says it’s important to have it on the device. In an interview with Tom’s Guide, Apple’s vice president of iPhone, iPad and iOS product marketing, Greg Joswiak, defended the notch, explaining that it’s actually living proof of the way the company innovates with every iPhone generation.