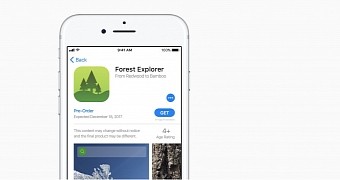 Apple informed application developers on Monday that it has started rolling out a pre-order feature for apps in the App Store, which lets customers pre-order apps before they’re released.

Previously available only in the iTunes Music and Movies Store, the pre-order feature is now also available for apps in the App Store on all of Apple’s platforms, allowing customers to pre-order apps before they are released for download. The feature will also notify those who pre-ordered an app when it launches officially.

“You can now make your new apps available for pre-order on the App Store on all Apple Platforms,” said Apple. “Customers can see your product page and order your app before it’s released for download. Once your app is released, customers will be notified and it will automatically download to their device.”