Apple Now the Sixth Most Sought-After Employer in the US 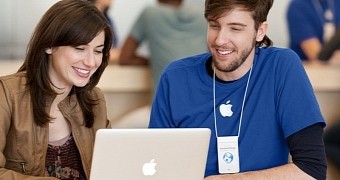 Tech companies are the most sought-after employers in the United States, according to the 2018 LinkedIn Top Companies research, with Amazon in the leading place followed by Alphabet, the parent company of Google, and Facebook.

Salesforce comes fourth just ahead of Tesla, while Apple is sixth in the charts, an improvement of one place versus the previous year.

Microsoft isn’t included in the analysis since it’s the parent company of LinkedIn, and neither is the business social network itself.

As for the reasons why employees pick these companies, LinkedIn says Amazon’s continued expansion makes it not only the second-largest employer in the US, but also one very appealing name for those seeking a new job. Amazon will soon open a second headquarters in the US and investments in the offline market are growing as well.