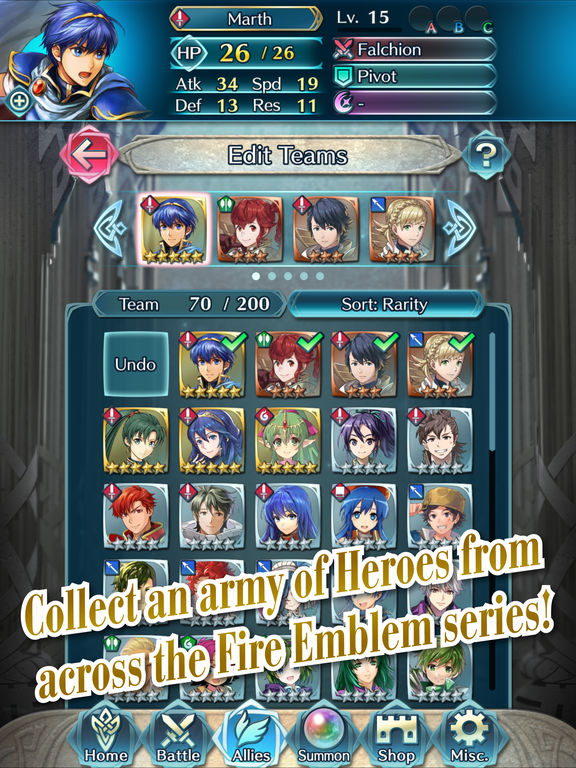 Hello everyone, you can now download Fire Emblem Heroes for iPhone & iPad, before you do that, I hope you are all having a great week so far. My week has been good, it got better especially last night after I made up with my fiance, I do love her lol anyway enough about my personal issues and triumphs, please read on…

Today we will highlight a brand new game that was just released less than 48 hours ago and it is a massive hit already. How popular is it? It is already the #1 most downloaded game on iTunes, that’s a pretty big deal and it looks like it is worth the download because the ratings are great and I myself just tried the game for a few hours and it is not only fun but it’s challenging and requires you to think before you act more than usual, it’s great though even for children under 10. Let’s find out just how good Fire Emblem Heroes game is.

What Is Fire Emblem Heroes?

Fire Emblem Heroes allows you to fight battles customized for touch screens and on-the-go gameplay. Summon characters from across the Fire Emblem universe. Develop your Heroes’ skills, and take them to new heights. This is your adventure—a Fire Emblem that’s like nothing you’ve seen before!

This application is free to download and offers some optional in-app purchases.

A world with two kingdoms: the Emblian Empire, which wishes to rule all worlds, and the Askran Kingdom, which stands in its way.

You are a summoner with the special ability to call upon legendary Heroes from different Fire Emblem worlds. In order to save the Kingdom of Askr from destruction, join the Order of Heroes and face a never-ending challenge.

Take part in strategic turn-based battles streamlined for on-the-go play with maps that fit in the palm of your hand! You’ll need to think hard about the advantages and disadvantages of each Hero’s weapon—and even evaluate the map itself as you battle. Lead your army with easy touch and drag controls, including the ability to attack by simply swiping an ally over an enemy.

The game features numerous Hero characters from the Fire Emblem series and a few brand-new Heroes created by artist Yusuke Kozaki, known for his work on Fire Emblem Awakening and Fire Emblem Fates. Some Heroes will fight at your side as allies, while others may stand in your way as fierce enemies to be defeated and added to your army.

● Story Maps: The story brings together new Hero characters along with familiar faces from the Fire Emblem series. Lead your army to victory to save the Kingdom of Askr.

● Training Tower: Engage in battle scenarios of varying difficulty that you can play over and over to earn rewards and experience (EXP) for your allies. Each time you take on these maps, the enemies and terrain change to offer a new challenge.

● Arena Duels: Fight against your rivals around the world. Your high score and ranking will determine your rewards—items that can increase your Heroes’ abilities.

● Hero Battles: Under Special Maps, discover various battle scenarios that are available for a limited time. Defeat the Heroes who oppose you to convince them to join you as an ally. 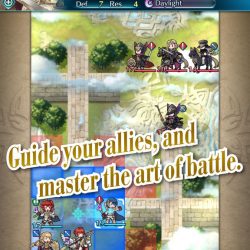 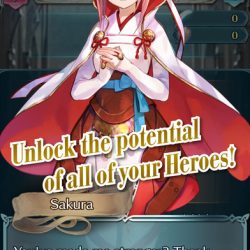 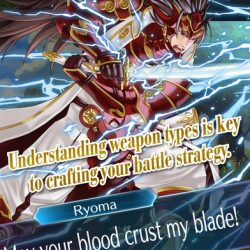