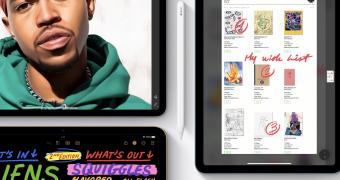 Apple is considering a massive upgrade for Apple Pencil, as the company has recently filed a patent for new technology that allows the stylus to sample colors from real objects.

That’s right, thanks to sensors integrated into the Pencil, the device would be able to capture colors from real life, eventually transferring them to the screen of an iPad.

It’s not hard to figure out who’d benefit from this breaking piece of technology, as graphic designers would be able to reproduce real colors more accurately.

As noted by PatentlyApple, however, the whole thing is just a patent for now, so while Apple’s idea could work, especially because it relies on sensors that are integrated into the Pencil, including directly into the tip, it may take a while until the feature starts rolling out.