Home » iOS News » Apple Ready to Go All-In on USB-C, Not Just on the iPhone

Apple Ready to Go All-In on USB-C, Not Just on the iPhone 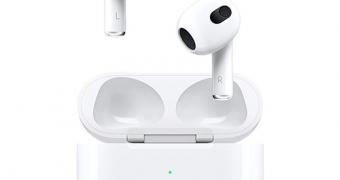 More and more sources seem to suggest that Apple is planning to give up on the Lightning port and go for USB-C on the iPhone.

The move isn’t necessarily surprising, especially because the Cupertino-based tech giant has been said to be exploring such a transition for quite some time.

But now it looks like the first steps towards embracing USB-C will be made next year, when the iPhone – at this point, it’s not clear if all models or just certain versions – will finally come with this new connector.

But according to Apple analyst Ming-Chi Kuo, the company is ready to go all-in on USB-C, as it wants to drop the Lightning port not only on the iPhone but on all accessories that it makes, including the AirPods and so on.

“My latest survey indicates that 2H23 new iPhone will abandon Lightning port and switch to USB-C port. USB-C could improve iPhone’s transfer and charging speed in hardware designs, but the final spec details still depend on iOS support,” Kuo says.