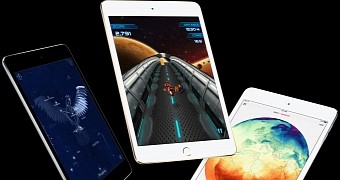 Apple is reportedly planning to discontinue the iPad mini, the 7.9-inch tablet that the Cupertino-based company first announced back in 2012. The report by BGR states that the reason behind Apple’s move is unsatisfactory sales of the iPad mini.

Apple’s iPad mini recorded low sales in the past few months, signaling the fact that the Apple-branded tablet simply isn’t popular among consumers. This shouldn’t actually be a surprise, considering that the tablet market hasn’t been doing well for quite some time now, especially since the screen size of smartphones continues to gradually increase and consumers are more and more interested in phones with a larger display.

The iPad mini has a 7.9-inch display, which makes it stand right between the 5.5-inch iPhone 7 Plus and the 9.7-inch iPad. In its early years, the demand for a 7.9-inch iPad mini was justified, con… (read more)