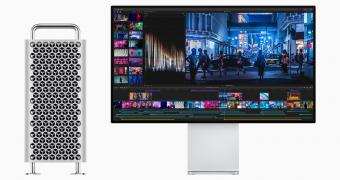 Apple announced today that its previously unveiled all-new Mac Pro and Apple Pro Display XDR display will be available to order in December 2019.

During the unveiling of the new 16-inch MacBook Pro, which is the most powerful Mac netbook ever created by Apple, the Cupertino, California-based company revealed the fact that its all-new Mac Pro desktop computer and Pro Display XDR monitor unveiled earlier this year in June, will be available for order from apple.com starting next month.

The all-new Mac Pro has been designed by Apple to offer customers maximum performance, as well as the best-in-class configurability and expansion ever in a Mac Pro computer. Powered by workstation-class Intel Xeon processors with up to 28 cores, the Mac Pro 2019 features world’s most powerful graphics card, a high-performance memory system with a huge 1.5TB capacity, … (read more)