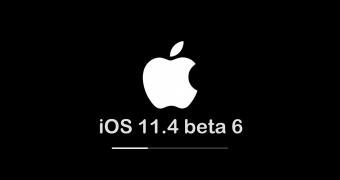 The iOS 11.4 beta 6 (15F5079a) update was released just three days after the beta 5 snapshot, whichApple seeded to registered developers and public beta testers alike earlier this week on Monday. Most probably, Apple fixed a critical bug or vulnerability that it had to release a new beta version so soon.

Unfortunately, the release notes for the iOS 11.4 beta 6 update remain untouched from the previous beta releases, so we can’t tell you what exactly Apple changed in this new beta. We believe that Apple will also seed a sixth iOS 11.4 public beta update for public beta testers later today.