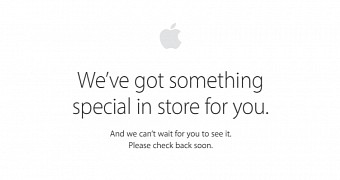 Apple recently announced that it will be closing its Apple Store today, and customers won’t be able to place orders for Apple products from 3 a.m. to 8 a.m. Eastern. The company didn’t reveal the reason for the scheduled maintenance downtime, but it did hint towards new products being released.

The Apple Store is currently down, but the message that appears when accessing it reads “We’ve got something special in store for you. And we can’t wait for you to see it. Please check back soon.”

This does hint towards new products being added and made available to users once the store returns to service. An official announcement has yet to be made; a press release will most likely be issued later today.

Apple could introduce a 128GB iPhone SE, aside from new iPads

Recent rumors stated that Apple is working on a series of new iPads, which would be released in the near future. One of such iPa… (read more)