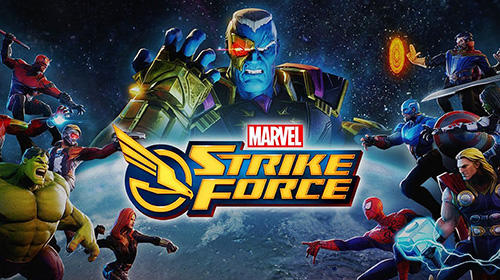 Hello everyone, you can now download Marvel Strike Force for iPhone & iPad, it was just released a couple months ago on iOS and it actually hasn’t even been released on Android just yet. The game is very popular, as are most superhero games these days but for a good reason.

Today we will showcase Marvel Strike Force for iPhone, iPad and iPod touch. The game was developed by FoxNext Games, LLC and Marvel themselves, of course. If you have always wanted to fight as a hero or villain in the Marvel universe, this game is for you. It features absolutely great graphics and a new engine that make all the animations seem smooth and different every time you load up the game or do some particular action/move. The game lets you create your own team by recruiting whoever you decide to play as, a villain or a hero. You can play it online with thousand of other players or play it solo against the CPU, either way, the game is very fun and addicting to say the least. Let’s find out what else makes this game a must download for any superhero fan who is always dreaming of playing Black Panther, Captain Marvel, Captain America, Iron Man, Spiderman, Hulk, Thanos and many others.

What Is Marvel Strike Force About?

In MARVEL Strike Force, ready for battle alongside allies and arch-rivals in this action-packed, visually-stunning free-to-play game for your phone or tablet. An assault on Earth has begun and Super Heroes and Super Villains are working together to defend it! Lead the charge by assembling your ultimate squad, including Spider-Man, Groot, Rocket Raccoon, Loki, Elektra, Captain America and Iron Man, as you enter strategic combat against an all-new enemy threat. It’s time to fight! Gather your squad and prepare for the battle to save Earth! 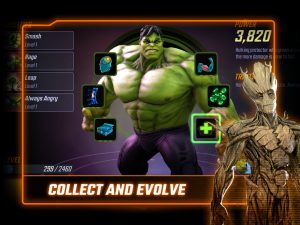 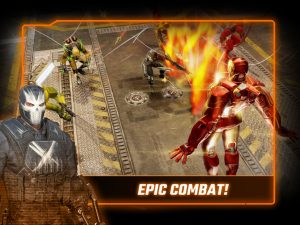 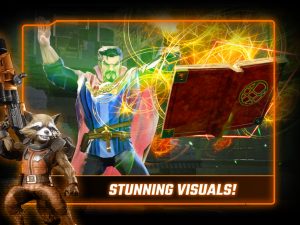 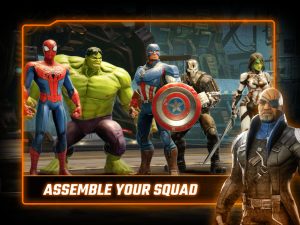 You might also try these other games & apps: Candy Crush Saga for iPhone, DC Comics for iPhone, Fortnite for iPhone