Apple Wants iPhones Made in India to Invade Global Markets 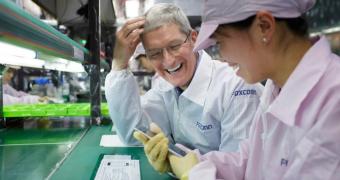 Apple is getting ready to invest no less than $1 billion in its Indian operations, according to a new report, as the company wants the local output to be used for international markets.

The Cupertino-based tech giant will thus invest in India through its partners, The Times of India reports, with Foxconn obviously expected to be one of the biggest names to benefit from this decision.

Apple’s plan is to use India as an alternative to China, especially as the company’s relationship with Chinese partners is still on thin ice given the trade tension with the United States.

And because the Indian output would increase, Apple wants to send more iPhones manufactured locally to global markets, according to the report. The factory in Chennai, for example, could take care of products that would be aimed at other countries, and Apple is… (read more)