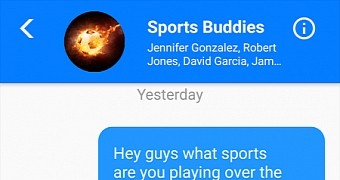 iMessage continues to be a messaging service exclusively available in the Apple ecosystem despite the efforts of several developers to expand it to Android.

But 16-year-old developer Roman Scott says his app called weMessage and enabling iMessage on Android isn’t doing anything wrong, as it relies on Apple’s services to make the magic happen.

His new app enables iMessage on Android with the help of a Mac system that’s responsible for forwarding the messages to your mobile device. Users need to install a second app called weMessage on their Macs to enable the forwarding.

“The weServer acts as a “bridge” between the Mac computer and your Android device. The weServer is a messaging server that processes and relays iMessages to and from the Android device. The reason why an Apple computer is needed is because the iMessages need to be sent through an Apple device in order to be delivered. The iMessages need to be sent through App… (read more)