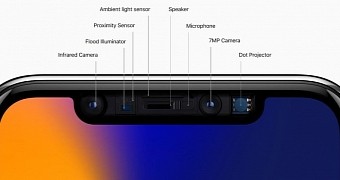 Apple replaced Touch ID fingerprint recognition on the anniversary iPhone X with a facial recognition system called Face ID, and even though the company claims a 1:1,000,000 chance for someone else to unlock the device, tests have proven the technology is far from flawless.

Face ID security concerns have made banks delay a decision on whether their mobile apps should include facial recognition for authentication and payments, with several claiming Apple hasn’t yet demonstrated the new technology is more secure than Touch ID.

A report from Korea Herald claims that no less than 20 local banks have so far expressed concerns over Face ID, especially after recent tests that revealed the system can by bypassed by lookalike people, twins, and hackers with specially-crafted masks.

“It was difficult for us to adopt the biometric technology (of iPhone X) abruptly, since it normally takes some time to underg… (read more)