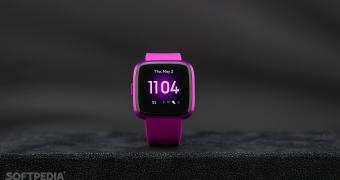 Fitbit is one of Apple’s biggest competitors in the smartwatch market, and devices like the Versa 2 are great alternatives to the Apple Watch.

And while Fitbit’s wearables come with features that the Apple Watch does yet have, the same thing happens the other way around, as Fitbit is yet to add some health features that many buyers consider to be must-haves on a new-generation smartwatch.

One of them is atrial fibrillation detection, a capability that Apple has added on the Apple Watch Series 4 and which has until now helped quite a lot of people discover possible heart problems before it was too late.

The ECG feature on the Apple Watch debuted in the United States, but it’s now available in the majority of markets where the device can be purchased.

And now Fitbit is aiming for a similar approach thanks to a partnership with Bristol-Myers Squibb-Pfizer Alliance, which would eventually brin… (read more)