Here's How to Install iOS 12 Public Beta on Your iPhone, iPad, and iPod Touch 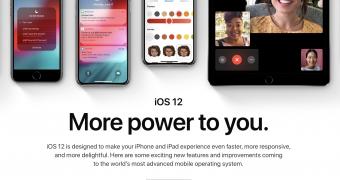 Apple released earlier the first public beta of iOS 12, as well as macOS Mojave 10.14 and tvOS 12, as part of its Apple Beta Software Program to let users without a developer account to try the new software versions.

iOS 12 is the next major release of Apple’s mobile operating system for iPhone, iPad, and iPod touch devices. It was unveiled earlier this month during the WWDC (Worldwide Developer Conference) 2018 event, it’s supported on all devices that are capable of running iOS 11, and promises to offer a faster and more responsive experience.

There are numerous other new features coming to iOS 12 this fall, including support for contactless student ID cards in the Wallet app, extended battery information, support for third-party navigation apps in the CarPlay app, automatic strong passwords in Safari, new Apple Books app, as well as redesigned Stocks and Apple News a… (read more)