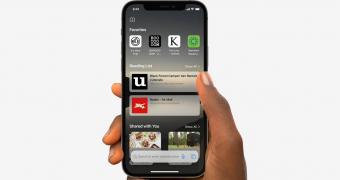 Apple rolled out iOS 15 beta 6 earlier this week, and while this build was originally available only for registered developers, the company has now decided to release it for all public testers.

In other words, if you’re participating in Apple’s beta program, you can now download a new iOS 15 beta on your iPhone, ahead of the highly anticipated launch next month.

iOS 15 beta 6 comes with several changes under the hood, but one of the most important concerns Safari, which is getting an option to move the address back at the top of the screen. iOS 15 introduced a rather controversial change, moving the Safari address bar to the bottom, possibly in an attempt to make the browser easier to use with one hand.

However, given the criticism lately, Apple has decided to introduce a new option in iOS 15 beta 6 that allows users to return to the previous layout and therefore move the address bar to the top.