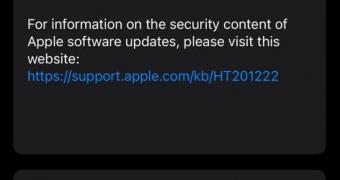 Apple has just released iOS 16.1.1 as a minor revision to the main iOS 16.1 build released two weeks ago.

Needless to say, given the small build increase, the changes in this new update aren’t necessarily critical, though Apple doesn’t provide any information on this front.

However, you are still recommended to install iOS 16.1.1 as soon as possible to get these unnamed fixes that are included in the update.

Of course, this minor revision also includes all the previous goodies that were part of iOS 16.1, including the support for Fitness+, which is now supported on the iPhone even if you don’t have an iPhone.

At the same time, iOS 16.1 also brought support for iCloud Shared Photo Library, with the following improvements available for users: