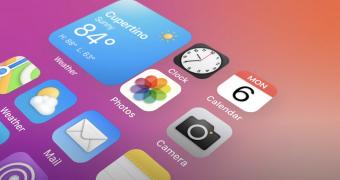 iOS 16 is projected to land later this year, with a preview to be provided by Apple at WWDC, but of course, the company has remained completely tight-lipped on everything related to this highly anticipated release.

In the meantime, however, talented designers out there have come up with their very own concepts, trying to imagine what iOS 16 is going to look like.

Such a project recently published by Nicholas Ghigo on YouTube sets a new standard for iOS concept. The whole thing looks unbelievably good, and in many ways, it’s probably better than what the operating system is going to be when it goes live in September.

On the other hand, the concept proposes a series of ideas that are very unlikely to happen, including a new app switcher that’s supposed to feel more modern.

The launch of iOS 16

Based on Apple’s typical release calendar, iOS 16 should go live at some point in September, most likely approximately a week after the official iPhone even… (read more)