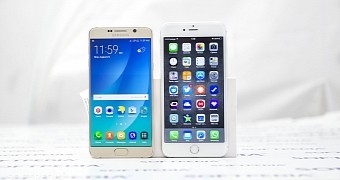 ​Apple’s new iPhone 7 has generated a substantial growth for iOS in the largest mobile markets across the world, and Kantar data for the three months ending October 2016 reveals that the removal of the headphone jack “has proved to be a non-issue.”

Kantar says that Japan has now become a market dominated by Apple’s iOS with a sales share of 51.7 percent, followed by the UK and the United States, where iPhones accounted for 44 percent and 40.5 percent of the sales, respectively.

As far as the United States is concerned, iOS improved by 7 percent, but Android continues to be the leader with 57.9 percent of the smartphone sales. This is the 5th consecutive year-on-year decline, though, Kantar reveals, so iOS is getting substantially closer.

This new batch of statistics only includes the first weeks of iPhone 7 availability, so there’s a big chance for iOS to continue its growth, so next-month figures are likely to brin… (read more)