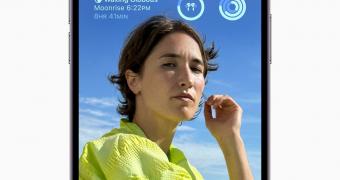 Apple has released iOS 16 on Monday, and unsurprisingly, quite a lot of people rushed to installed it on day one.

Data provided by Mixpanel (via 9to5mac), for example, shows that iOS 16 was running on 6.71 percent of the eligible devices after 24 hours, up from 6.48 percent last year when iOS 15 was released.

On the other hand, nothing can beat iOS 14, which continues to be the fastest adopted version of iOS in a very long time, with a 9.22 percent adoption rate after 24 hours.

iOS 16 comes with lots of changes

Needless to say, iOS 16 is a major release, as it comes with lots of new features, including a redesigned lock screen.

With support for widgets, whose look is inspired by the complic… (read more)