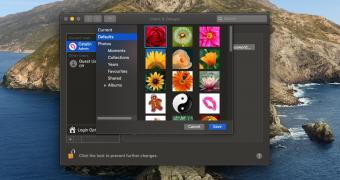 Microsoft has come under fire several times lately for using ancient icons in Windows 10, some of them even dating back to the Windows 98 era, but it looks like this isn’t something that only the Redmond-based software giant does in an operating system.

Apple, for example, sticks with the same default user profile images in macOS as in the versions launched so many years ago, something obviously unexpected given the operating system as a whole has been improved substantially.

Netflix engineering manager Maria Kazandjieva signaled this issue on Twitter, emphasizing that despite using a 2020 device, she is still “trapped in some absurd old-school world of flowers, birds, a lipstick kiss, and sports.”

While you can use your very own profile picture in macOS, Apple indeed hasn’t updated the default user profile image set in its operating system … (read more)