Larger Apple Watch to Launch Next Month with New Faces 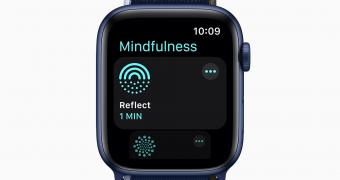 Apple is getting ready to launch the Apple Watch Series 7 next month alongside the new-generation iPhone, and naturally, the smartwatch is set to receive a bunch of substantial upgrades.

But according to Bloomberg’s Mark Gurman, we shouldn’t expect any new health sensors, as Cupertino’s focus this year is mostly on the redesign of the Apple Watch.

In other words, the Apple Watch is getting a massive facelift that will align the device with the new iPhone with straight edges inspired by the iPhone 4.

So the new Apple Watch Series 7 will also borrow this design cue, with straight edges replacing the curved ones.

But at the same time, Apple is also planning to introduce larger displays on the Apple Watch. As compared to the previous generation, the new models are expected to come in 41mm and 45mm sizes, and thanks to smaller bezels, the screen estate would be substantially improved.