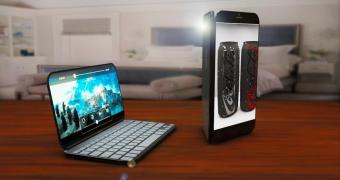 Apple might be working on its very own hybrid device powered by iOS, as the company is exploring new product categories to expand beyond the traditional phone and laptop form factors.

A report from 9to5mac indicates that a new Apple device, codenamed Star and having model name N84, might actually be the very first notebook powered by iOS, and there are signs that this may be a direction that the Cupertino-based tech giant could be heading towards on the long term.

By the looks of things, Apple has already built several prototypes of this mysterious device, and some are currently being tested behind the closed doors by its very own employees in Cupertino. At the same time, the cited source says these early units were made by Pegatron, also in charge of iPhone manufacturing, and the first models came out of the assembly lines in January this year.