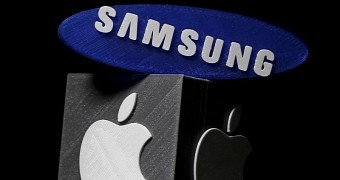 Despite being the only company manufacturing the iPhone X OLED display, Samsung could soon lose its contract with Apple if China’s largest screen manufacturer, BOE, manages to convince Cupertino to sign a deal for future iPhone models.

It’s no secret that Apple wants to reduce its reliance on Samsung, and now the company might have the opportunity to do it. A report from ETNews reveals that BOE has prepared OLED production lines that would be exclusive to Apple and be used for the next generations iPhones.

The report adds that BOE officials have already traveled to Cupertino to discuss the possibility of a partnership for OLED manufacturing, and what’s more, the Chinese firm has even made changes to its production lines in anticipation of a potential agreement.

BOE already built a prototype screen for the iPhone X

The B11 line located in Sichuan could be used for making iPhone OLED displays, … (read more)