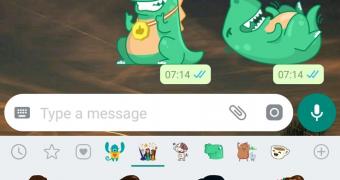 One of the most recent WhatsApp features, and which users seem to really enjoy, brings stickers to conversations on both Android and iOS.

And just like on iMessage, users can download other sticker packages from app stores, in addition to several that are offered by default.

But as it turns out, Apple has recently decided to remove all WhatsApp sticker packages from the App Store, not because they compete against its own iMessage, but because, and we’re citing the company here, they violate the guidelines.

According to WABetaInfo, Apple is now removing these WhatsApp stickers and does not allow new ones to be added to the App Store, and the company apparently gives not one, not two, but three different reasons to support their decision.

For example, there are too many apps that boast the same behavior. In other words, there are just t… (read more)