The Best Antivirus for Apple’s macOS 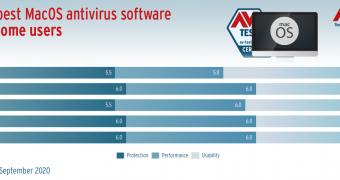 There was a time when Apple’s Macs were considered the more secure alternative to Windows, simply because malware specifically aimed at these systems was a pretty rare thing, thus posing a super-low risk for users in the Apple ecosystem.

But as the security of Windows improved, the malicious actors out there also moved their attention to Apple computers, thus proving that virus infections don’t always come down to just one operating system.

This is how security software for macOS has become a must-have, and many users found out the whole thing the hard way after struggling to get rid of malware or other security threats.

Just like it happens on Windows, however, choosing a powerful antivirus solution for a Mac isn’t something that’s so easy to do, and it’s all because there are several vendors out there, and all claim they’re offering the best you can get in the Apple world.

Needless to say, not everything is always as great as it sounds, and the engineers over a… (read more)