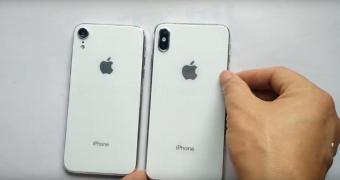 Apple will take the wraps off the company’s new-generation iPhone next week, and one of the eagerly-anticipated models is the more affordable version.

Based on rumors that have made the rounds lately, Apple’s 2018 iPhone lineup will include a successor to the iPhone X (presumably called iPhone Xs), a Plus-sized version that may launch as iPhone Xs, and a 6.1-inch model specifically created to be more affordable.

Speculation about a cheaper iPhone have been swirling around the web for many years already, mostly because Apple’s flagship product has always been a premium product.

With every generation, the iPhone got more and more expensive, and every time, there were analysts predicting an end of its success, forecasting that people wouldn’t spend that much on an iPhone.

Last year when the Cupertino-based tech giant launched the iPhone X, Apple set a new record in terms of how expensive its phone gets. Starting at $999 for the base model, iPhone X was the first mod… (read more)