30 Million iPhone X Units to Be Ready by Year-End 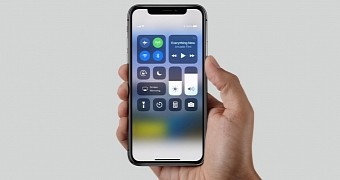 The iPhone X is now just around the corner, and rumor has it that Apple will ready only 3 million units for the first weekend, which means the device will probably be sold out shortly after the pre-order program goes live.

A report from DigiTimes indicates that Foxconn will manage to ship between 25 million and 30 million iPhone X units by the end of the year, and while this seems like a good number, it’s actually lower than what Apple analyst Ming-chi Kuo from KGI Securities originally estimated.

His previous forecast pointed to a maximum of 35 million iPhone X units shipped by December 31, but it turns out that production has been slower than expected due to the low yield rates and technical issues with certain components.

Shipments will reach the desired pace in early 2018, with the same report pointing to a 50 percent on-quarter growth next year when the majority of suppliers resolve production is… (read more)