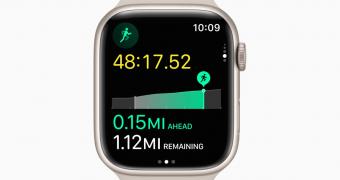 Just as expected, watchOS 9 is going to be a massive update for the Apple Watch, and one of the most notable improvements concerns the Quick Actions that are available on the device.

At WWDC this week, the Cupertino-based tech giant announced that Quick Actions on the Apple Watch are getting a facelift, with users therefore allowed to do more with a double-pinch gesture.

“With new Quick Actions on Apple Watch, users can do even more with a double-pinch gesture, including answer or end a phone call, take a photo, play or pause media in the Now Playing app, and start, pause, or resume a workout. This builds on the innovative technology used in AssistiveTouch on Apple Watch, which gives users with upper body limb differences the option to control Apple Watch with gestures like a pinch or a clench without having to tap the display,” the company announced this week.

The next operating system update for the Apple Watc… (read more)