Apple Could Add Pencil Support to the iPhone, Make It a Samsung Note Killer 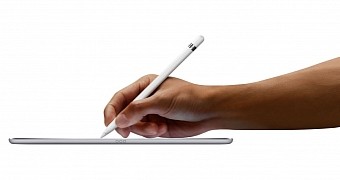 Even though Apple initially played down the return of the stylus and laughed off Microsoft when the software giant launched the Surface tablet with a Surface Pen, Cupertino is now betting big on this little accessory and wants to expand its availability beyond the iPad Pro.

Future iPhone models could come with Pencil support, new patents discovered by PatentlyApple seem to suggest, as Apple is already working on the technology to make this possible.

Apple looking into ways to bring the Pencil on the iPhone is not a new thing, as CEO Tim Cook himself praised the mix, suggesting last year that adding support for the stylus was something the company was exploring at that point. “If you’ve ever seen what can be created with that pencil on an iPad or an iPhone, it’s really unbelievable,” he said.