Apple Insider Says iPhone 6 Plus Has a Major Bug, Company Should Start Recall 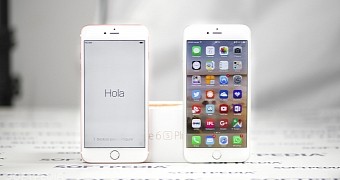 ​Samsung launched a global recall of its explosive Note 7 phablet and Apple should do the same for the iPhone 6 Plus, a former company engineer is quoted as saying in a new report.

WSFA 12 News cites a former Apple insider, whose name was not disclosed, as saying that Cupertino launched the iPhone 6 Plus with a major bug that the company is yet to acknowledge, explaining that many customers are already experiencing it, and the firm is doing nothing about it.

According to this report, the bug seems to be causing issues similar to the famous “touch disease,” leading to screen flickering on affected models.

But although it might seem like the display is at fault, the technician explains that this isn’t the case, but the main logic board that should be replaced by Apple. He calls for Cupertino to start a global recall of the iPhone 6 Plus, as customers spend hu… (read more)