Apple Might Kill Off the iPhone Notch for 2019 Generation 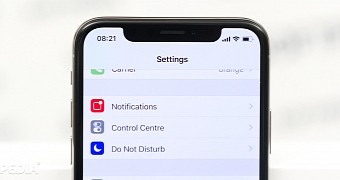 Apple is reportedly exploring ways to launch an iPhone without a notch, and a report today indicates that 2019 could mark Cupertino’s return to more conventionally-looking devices.

ET News writes Apple is already discussing with partners on the possibility of launching a modern iPhone without a notch, though for the time being, no specifics were provided.

“Apple has decided to remove the notch from next year and has already started discussing technical issues with suppliers,” a person familiar with the matter was quoted as saying.

How Apple could kill off the notch

If Apple indeed abandons the notch next year, it means that the company used this controversial technology for only two years, which is a questionable decision given the effort, both in terms of research and financial investments, to build it for the 2017 iPhone X.

One way that Apple could give up on the … (read more)