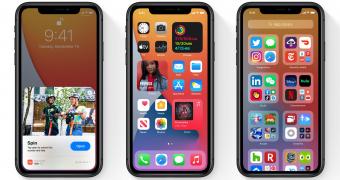 Apple has released iOS 14.2 to production devices, several weeks after this update was offered to testers as part of the beta program.

The new version of IOS 14 comes with plenty of improvements, and it all starts a large collection of emoji that includes no less than 100 smiley faces. Furthermore, there are new wallpapers in there, plus a series of security updates for all devices.

Apple says that it also included headphone audio level notifications to warn when the audio level could impact your hearing, as well as intercom support with HomePod and HomePod mini using iPhone, iPad, Apple Watch, AirPods, and CarPlay.

Bug fixes under the hood

There are obviously plenty of refinements under … (read more)