Apple Wants Everybody on iOS 15 Right Here and Now 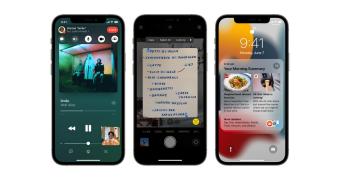 Apple’s new figures reveal that iOS 15 adoption isn’t as strong as the one of its predecessors, so the company is now ready to become more aggressive in its attempt to bring everybody to the new version.

The release of iOS 15.2.1 earlier this week has apparently produced a change that many may not like but which Apple seems as mandatory to keep all devices out there fully up-to-date.

The company removed the option to stick with iOS 14 and received further security updates and is now insisting on everybody to move to iOS 15.

Here’s how the whole thing works.

Back in the fall of 2021 when Apple launched iOS 15, the company allowed users to stick with iOS 14 and receive new security updates by offering the new operating system as an optional update in the Software Update section on the iPhone.

In other words, if users were running iOS 14 and didn’t specifically install iOS 15, they could just stick on this older version of the operating system, wit… (read more)