Apple’s iPhone SE 2 Will Have a Smaller, Cuter Notch 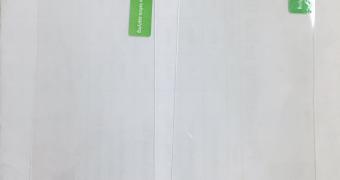 Apple will launch four different iPhone models this year, as in addition to the trio comprising the 2018 generation, a new 4-inch model is projected to see daylight as well.

Often referred to as iPhone SE 2, this smaller iPhone is expected to borrow several design cues from last year’s iPhone X, including the edge-to-edge display and the notch at the top of the screen.

A recent leak revealing what is believed to be the screen protector built for the second-generation iPhone SE next to the one for the iPhone X indicates changes that Apple might be making to the notch, in their turn forcing further feature modifications on the device as well.

By the looks of things, the two models will sport a similar design, but the iPhone SE 2 will come with a smaller notch. While this does make sense since the notch reflects the overall size of the screen, a smaller notch could be a sign that the device mig… (read more)