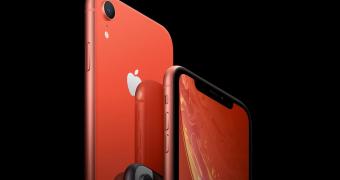 Apple’s iPhone XR has recently received the FCC approval, which means it’s now just a matter of time until the device launches next month.

Apple requested the go-ahead from the FCC on September 6, just six days ahead of the September 12 press unveiling of the device, and now that this model has received the clearance, it can be launched in the United States.

iPhone XR isn’t only the most affordable iPhone in the 2018 device lineup, but also the model that Apple hopes would generate a super-cycle.

People familiar with the matter said the iPhone XR accounts for more than 50 percent of all orders placed by Apple at its suppliers, so the Cupertino-based tech giant expects the device to sell in high volumes after its October launch.

The $749 starting price in the United States could … (read more)